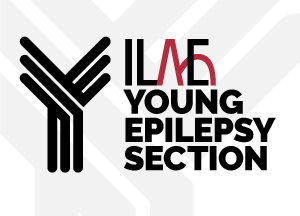 The Young Epilepsy Section (YES) of the ILAE is a worldwide organisation of young people in the early stages of a career focused on the care of people with epilepsy, and/or epilepsy research. Members include clinical and basic scientists, nurses, physicians, psychologists, pharmacologists, physicists, mathematicians, students, and allied health professionals.

The ILAE-YES initiative stemmed from the ILAE’s leadership development programmes spearheaded by J Helen Cross: “YES members are our future in epileptology, so this early involvement we hope will help to grow the new leaders and epileptologists of the future”. The group was kickstarted in May 2018 by a meeting in London that was attended by 55 clinicians and researchers from around the world. With an average age of 33 and representation from diverse areas of specialisation, the group discussed their goals and strategies. The elected Chair, neuroimaging expert Marian Galovic, outlines some of those goals, which include helping to shape the ILAE’s epileptology curriculum to incorporate the needs of young people, to maximise the sophisticated communication expertise of members in collaborative work with the ILAE, and to develop a long-term peer mentoring programme. To improve the relevance of ILAE congresses to its junior members, the group also seeks to create a targeted programme of congress events that showcase the cutting-edge research of junior members and directly address their professional development needs.

ILAE-YES is also involved in continuously adapting and improving the teaching programme offered at ILAE conferences and adapting it to different learning levels as well as making it more accessible to young congress participants. The group also host a range of networking and social activities, with Galovic emphasising that conferences ought to be “simply more fun for junior members”.
Since its establishment, YES members have organised a busy schedule of activities for the European Congress on Epileptology, Latin American Congress on Epileptology, and Eastern Mediterranean Epilepsy Congress, as well as at various national chapter meetings. Examples include hosting YES information booths in the exhibition halls, “Introduction to YES” sessions featuring ILAE executive committee members, poster tours, scientific for, an “Epilepsy awareness run”, business meetings, and highly sought-after networking events where YES members are able to meet colleagues in a relaxed setting.

Future plans include the launch of a YES peer2peer Mentoring, YES best presenter award, local lab and hospital visits in addition to existing programmes, such as the YES Brainstorming Session.
ILAE-YES have been highly successful in optimising their online visibility through social media platforms such as Facebook and Twitter, and their plans for the future are bright.

The next General Assembly will take place at the International Epilepsy Conference in Bangkok in June 2019. This meeting will report on previous activities and their impact, as well as the goals of upcoming activities and their timeline. Each Task Force and Regional representative will also present. All ILAE junior members (under 40 years old, or still in training) qualify as voting members of ILAE-YES and are encouraged to attend. The group will also be hosting a range of scientific and social activities in Bangkok, with the final programme to be posted in early May 2019.

Do you want to get involved in ILAE-YES? Our Active members support the group’s activities and help with tasks big and small that are related to their Task Forces, regional subdivisions, or upcoming congresses. To become an active member, you are encouraged to join the group through the ‘Slack’ online platform (yesILAE), or else contact the YES secretary at yes@ilae.org.
For more information regarding ILAE-YES visit: https://www.ilae.org/yes and follow them on Twitter and Facebook (yesILAE).